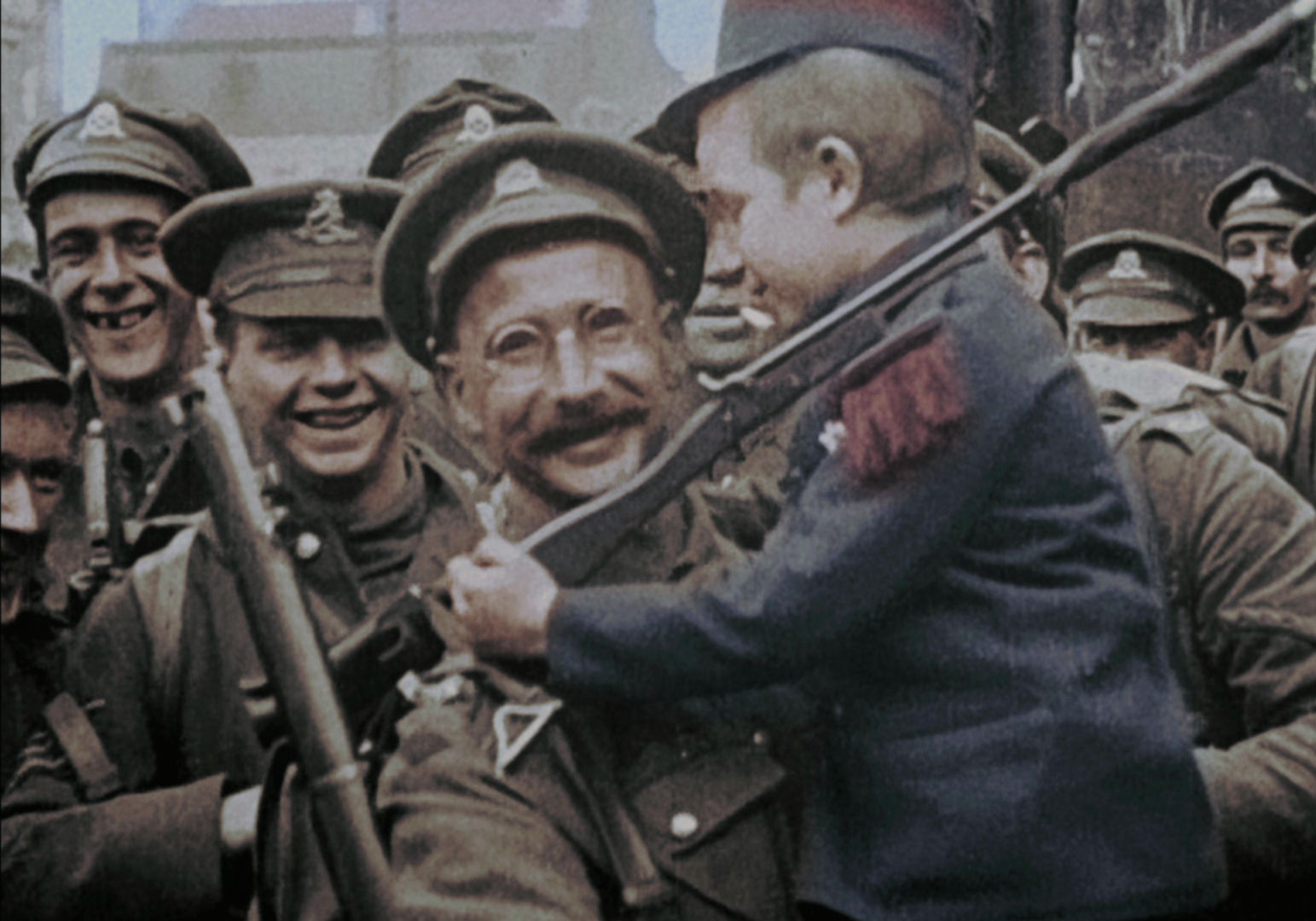 Experiencing the Apocalypse and the aftermath

Could the sacrifice of an entire generation have been avoided? How could such a cruel, total conflict occur? What drove humanity to want to obliterate itself? And how was it possible to survive this disaster?

Made from more than 700 hours of colourizedarchival footage, much of it previously unseen, the double documentary series Apocalypse World War I and Apocalypse Never-Ending War answer fundamental questions through an approach that is global but on a human level.

The narration strikingly brings us the voices, memories, and experiences of the men and women who were catapulted into this horror, helping us to understand how the “world of yesterday” willingly plunged into the Apocalypse.

Apocalypse World War I: to get a sense of what led the “world of yesterday” to plunge into the Apocalypse.

On June 28, 1914, the assassination of an obscure Austrian archduke in Sarajevo triggers the most disastrous conflict the world has ever known. Germany becomes an enemy to France, invades Belgium, and in September, arrives at the gates of Paris. Will Germany win the war so quickly?

The French army stops the German advance at the battle of the Marne, while the Germans halt the Russians at Tannenberg on the eastern front. In France, the warring parties dig themselves in for 4 years in the trenches. Soldiers from the colonies come to lend a hand to their colonizers and the war becomes global.

1916. The war is raging in Europe and stretches from the trenches in France, through the mountains of Italy and the Balkans, to the sands of the Near East. The conflict becomes industrial, and millions of shells rain down on the battlefields; Verdun and the Somme are the deadliest battles in this second year of the war. Who can stop the infernal machine?

1917. People have had enough of the war. Behind the scenes, uprisings are brewing, like the one that toppled the Tsar in Russia. On the front, soldiers begin to mutiny as they did at Chemin des Dames in France. German submarine attacks in the Atlantic will finally pull the Americans into the war, but they arrive too late to help prevent the carnage of the Battle of Passchendaele.

All seems lost for the Allies. The Italians are defeated at Caporetto, and Bolshevik Russia pulls out of the war. But the American reinforcements are decisive and the Allies emerge victorious. However, efforts to negotiate an honorable peace agreement are stymied, and the Treaty of Versailles will have disastrous consequences 20 years later.

«The war was over. But it wasn’t over. We just didn’t know it.» Stefan Zweig

November 11, 1918. The First World War is over. Survivors greet the end of hostilities with wild celebrations. But in central Europe, in Germany, Russia, and Hungary, the Communist revolution threatens to sweep all before it. At the Palace of Versailles, the victors draw up the terms of the peace treaty. Traumatized by the fighting and the scourge of the Spanish flu, demobilized soldiers return home to the four corners of a war-shattered world.

Filled with veterans, invalids, widows, orphans, exiles, and deportees, nations try to rebuild. But they are still grieving the thousands of unknown soldiers buried in the mud of the battlefields. Ill-tended wounds fester. Populist movements spring up, determined to impose their totalitarian ideology. As western nations try to shake off memories of the war to the frantic beat of the Charleston, rising nationalism propels the world towards a new Apocalypse.